To Our Amazing Community of Supporters,

On behalf of our entire team at The Digg Site Productions, we want to let you know that we have been thinking of you and our film community during this unprecedented time. As we face the new realities of COVID-19 and the uncertainties that come with it, it’s more important than ever to support the creative arts and deliver the programs and projects that are at the heart of The Digg Site’s mission.

Our team is well and working hard (even if remotely) to meet the challenges and opportunities resulting from this global pandemic. We are finding new and creative ways to make our summer Film It camps and several other exciting projects a reality this year. We value your time and are hopeful you will give us a few minutes to let you know what’s going on with The Digg Site.

Few things make us happier than seeing the look on a student’s face when they find their inner creative genius and tap into their storytelling power. Seeing their eyes light up when they recognize that connection is beyond rewarding, and that’s why Joel and I are carrying on the work that Stacy Heatherly began when she founded the The Digg Site.

We’re writing today to share some exciting updates with you about The Digg Site’s plans and projects, and to introduce you to our leadership team. We’re sure you’ll be as excited about these developments as we are — and you’ll see exactly where your donations will be making a difference!

Student “Film It” Camps
We’re planning new and expanded film camps this year and forming collaborations with other organizations in Lincoln and Fremont. With the health and safety of our students as a top priority, we are currently planning virtual Film It camps with curriculums and activities that will be conducted online by our instructors via live videoconference calls. This new platform will introduce Digg Site students to new creative filming environments and present them with opportunities to think outside the realm of more traditional film camps.

Our film camps leave a lasting impression on students by providing safe spaces in which they can stretch their imaginations, flex their storytelling muscles, and bring the impossible to life with the help of a camera and computer. Digg Site students emerge with new skills and more confidence to pursue their interest in film or the creative arts. Your continued support helps students unleash their creativity and explore their God-given talents. Consider Jordan, one of our students who attended his first Film Camp at Fremont’s Metro Community College campus. Here is Jordan’s story in his own words.

“The film camps really helped me build an understanding of the industry, and it was nice to get some hands-on experience. After that summer I was much more confident in my filming ability, which led me to create my short film for the festival soon after. I used the knowledge I gained from the film camps during the filming process very frequently, and I still remember some of those tips and tricks today. Having this knowledge was so helpful when I made the transition into the new media segment of the industry. I’ll always remember what the film camps did for me, and I’m exceptionally proud of the fact that I took the initiative to attend them.”

How’s that for a success story?! 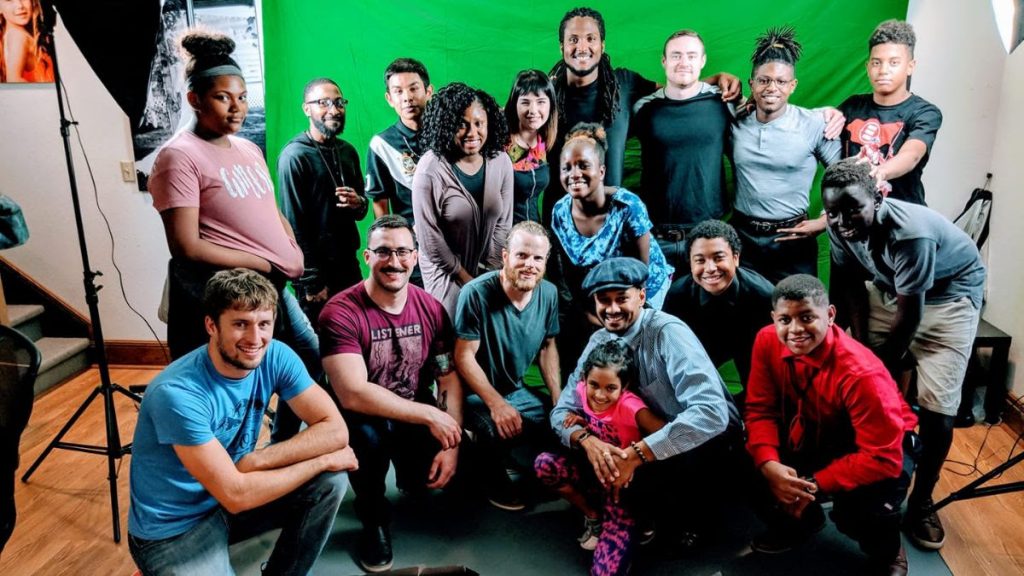 Above: 2019 Film Camp — The Making of a Music Video in Lincoln, Nebraska 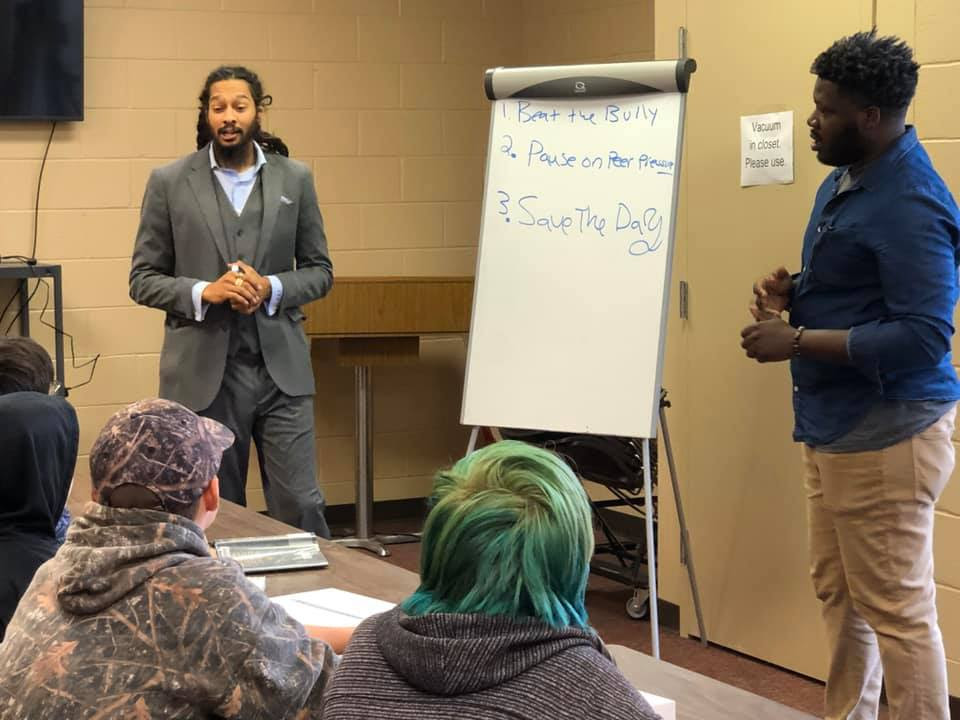 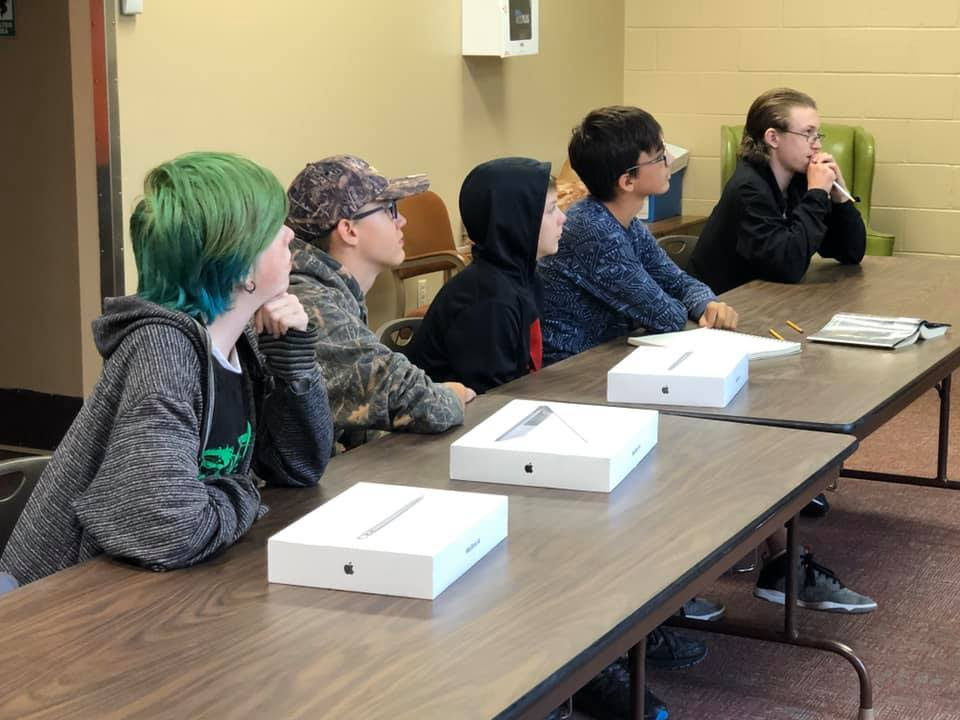 Above: Students at the 2019 Short Film Camp in Fremont, Nebraska

The 2020 White Light City Film Festival
We are continuing to grow our annual film festival in ways that will attract more independent filmmakers whose passion is creating and sharing their inspirational, educational, and thought-provoking stories. The White Light City Film Festival has seen record numbers of submissions and represents a major part of the distribution possibilities for student filmmakers by providing a forum for student-produced films as well as national and local film productions to drive education and discussion. While we welcome submissions from around the world, we are especially committed to discovering, promoting, and showcasing both established and emerging Nebraska and Native American filmmakers.

This year, we are working out the details of a virtual film festival that will take place during the summer. Our hope is to still hold our in-person White Light City Film Festival later in the year, complete with workshops that offer hands-on learning with film professionals covering a wide variety of industry topics. Celebrities and other professionals attend the festival to lead workshops as well as screen their films and answer questions from students and the community. We look forward to celebrating the art of cinema with you! 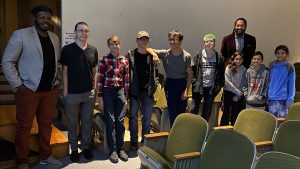 Above: Film Camp Students and Instructors at the 2019 White Light City Film Festival

Equestrian Film Studio
The Digg Site is finalizing plans with national funders to build the one and only Equestrian Film Studio in the United States! The 90+ acre facility is expected to be completed within three years and will become a landmark that encourages the City of Fremont to continue developing its growing film culture and community. What’s really exciting is that films have already committed to renting the studio for their productions!

What does this mean for Fremont? As a catalyst of growth and awareness, this studio will positively impact the film community and the industry on a massive scale, not only in Nebraska, but in the Midwest and nationally. Plus, ongoing student educational opportunities will continue on a much larger scale at the film studio. 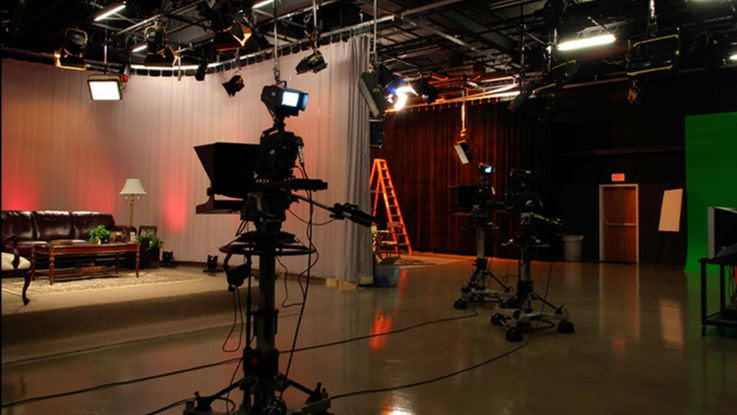 Above: Example of a Set in a Film Studio

Renovation + Restoration of the Historic Empress Theatre
The Digg Site is also renovating the historic Empress Theatre in Fremont, returning it to its original purpose and glory. As an art house, the theatre will be a nonprofit destination for first-run films through our collaboration with Alamo Drafthouse Cinema. It will also feature a variety of films — recent releases, classics, artistic, and experimental. The theatre and its in-house editing studio will also host The Digg Site’s workshops, “Film It” camps, as well as community art events, concerts, and The White Light City Film Festival. It will truly be a stage like no other for Nebraska students and filmmakers to showcase their work. The cinematic experience at the historic Empress will create newly imagined theatre sustainability and enable The Digg Site to continue offering free film workshops and camps to students. It will also bring commerce, vibrancy, and growth to the Historic Downtown Fremont arts community. 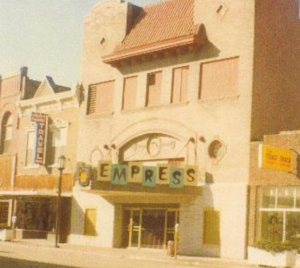 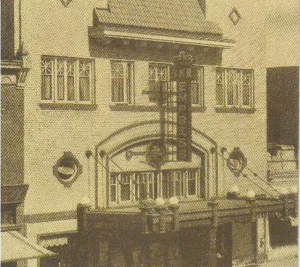 The Empress Theatre in 1915

We are writing to you today because we need your help. As you can see, the goals and projects we’ve undertaken are unprecedented in the history of The Digg Site, and that means moving from an all-volunteer organization to one with day-to-day operating costs and paid staff. Teaching the art of filmmaking to more students, moving forward with the restoration of the historic Empress Theatre, and building the Fremont Equine Film Studio is made possible by your generous support. Help us continue bringing film opportunities to Fremont by making a contribution to The Digg Site today.

Your gifts make it possible for us to continue offering our programs as well as building the infrastructure to support a growing film community in Fremont. With the exciting new projects underway, we hope you will continue your commitment to our mission by making a generous gift to The Digg Site today! And, if you are a current donor, we encourage you to consider increasing the amount of your gift this year.

It’s easy to make a donation:

The film camps, events, and projects you fund are important. But more importantly, you are helping to build a new industry in Fremont — one that will inspire bright futures for our children, create new jobs and economic growth for Fremont and surrounding communities, and leave a lasting legacy for future generations. Your gift today makes a big difference today, tomorrow, and every day!

Meet the rest of The Digg Site‘s Team!

P.S. Ready to get more hands-on with the film community in Fremont? Join us as a volunteer and be part of the team that powers The Digg Site!

This site uses Akismet to reduce spam. Learn how your comment data is processed.